MultiVersus is an exciting idea from Warner Bros. Interactive, a free-to-play platform fighting game (think Nintendo’s Smash Bros., but with characters like Bugs Bunny, Shaggy, Scooby-Doo and Batman). It goes into closed alpha testing May 19-27, and Warner Bros. is also putting on a 2-on-2 at the Evo event from Aug. 5-7.

Fighting games produced some of the earliest esports, but besides Evo, they don’t get a lot of attention. Nintendo’s poor attitude toward competitive Smash Bros. doesn’t help. But if a free-to-play fighting game with the backing of a high-end publisher such as Warner Bros. takes off, we could see not only a new, big fighting game at future iterations of Evo and other events, but also a new ecosystem for sponsors and other partners. — Jason Wilson

Electronic Arts has been the center of attention this week in gaming. The studio announced that its FIFA deal, one of EA’s oldest partnerships, will end after in July 2023. Since its launch in 1993, the FIFA series has become the best-selling sports video game franchise in the world, with more than 325 million copies sold as of 2021.

While EA will continue its soccer franchise under the EA Sports FC brand, FIFA President Gianni Infantino shared the governing bodies intends to compete with EA. “I can assure you that the only authentic, real game that has the FIFA name will be the best one available for gamers and football fans,” Infantino said this week. FIFA is in discussions with various game publishers, media companies and investors regarding the development of a new game slated to roll out in 2024.

But it wasn’t all bad news for EA. While the publisher couldn’t score a FIFA licensing renewal, its fiscal year earnings showed the company earned a profit of $789 million, with $7.52 billion in annual net bookings. The FIFA franchise was one of the significant contributors, as the trailing 12-month period that ended March 31 was the biggest ever for FIFA games, with more than 150 million unique accounts and FIFA 22 having the best launch in franchise history.

In total, EA games surpassed a player network of more than 580 million unique active accounts and grew by 16% year-over-year driven by acquisitions, including British developer Codemasters and its F1, Project CARS and Grid motorsport games series.

Apex Legends also a strong contributor to the developer’s success, with net bookings increasing by over 40% year-over-year. Additionally, the popular esports title is coming to Android and iOS devices on May 17. EA’s efforts to consolidate its mobile segment was highlighted by passing the billion-dollar milestone in mobile net bookings with nearly $1.2 billion, the fastest growing net bookings segment for EA at a year-over-year growth rate of 34%.

Amazon Prime Gaming wants in on the ground floor for the Splitgate Pro Series, and will be presenting sponsor for the new esports competition kicking off next month. The competition is built around the first-person shooter title from developer 1047 Games. Prime Gaming’s new deal is an extension of a partnership that started months ago, where Prime Gaming was sponsoring loot drops within Splitgate.

“1047 Games and Amazon Prime Gaming have had tremendous success offering Prime Gaming loot drops to Prime Gaming members over the past few months,” said Zac Thomas, director of partnership and business development at 1047 Games. “Expanding the relationship to include esports legitimizes the scene for the players and viewers and enables Splitgate to continue to provide exclusive content to Prime Gaming members while simultaneously elevating its esports scene.”

Logitech G Esports Services will operate the series for 1047, with the brand also sponsoring the esports series via integrations and activations. Astro Gaming is also a sponsor.

Thomas said a “major selling point” in recruiting established esports organizations like T1 and Luminosity — two of the eight teams in Season 1 — is to help 1047 build and shape Splitgate’s esports future. — Jason Wilson 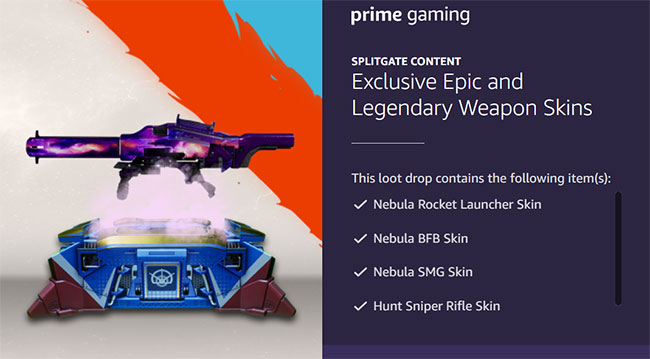 Esports for some time has been a point of emphasis within Morgan Stanley’s Global Sports & Entertainment (GSE) division, but now the wealth management firm is taking it a step deeper with its first Esports Business Symposium in conjunction with the Esports Trade Association.

“We felt it was the perfect collaboration to achieve this together,” said Morgan Stanley’s Sandra Richards, who heads the GSE division. “As the business of esports continues to grow and thrive, there is a critical need to provide financial education and guidance, as well other industry expertise and perspective to better prepare and equip a broader audience within the esports community to excel.”

Morgan Stanley believes there’s “incredible opportunity” in esports. “Esports is a pathway for better personal opportunities and outcomes,” said Richards, “whether through earning college scholarships, winning significant prize money, or broadening personal networks and exposure through competition and engagement. It’s been great to see how the growth has positively influenced those involved.”

The symposium will also look at Web3 and the metaverse, which have natural ties to both esports and gaming. “Our goal is to ultimately address the key fundamentals, issues, trends and opportunities in the broader landscape of the digital ecosystem tied to esports, gaming and other environments,” said Richards.

Among the speakers expected next week for the virtual event are Jenna Johnson of the Minnesota Røkkr (Call of Duty League), John Davidson of the Esports Trade Association, Rob Johnson of CSL Esports, Chris Le of Nike and Randi Zuckerberg of Zuckerberg Media. — Jason Wilson