Braving the world of Salt and Sacrifice not only requires a lot of skill and patience, but some careful planning as well. This starts right at the character creation screen, where your initial choices give a number of potentially helpful bonuses depending on your play style. Unfortunately, the most important choices — Class and Crime — fail to give you all the details on what each option actually does. That’s where this guide comes in. We’ll go over the basics of Salt and Sacrifice character creation, plus the benefits to picking specific classes and items.

Everything outside of Class and Crime in the character creator is cosmetic only, and has no effect on your stats or starting items. All characters also start with a base of 5 points in each stat (more on this in the next section), plus the Blindfold Bag headpiece and the Inquisitor’s Dagger charm. Clerics and Sages also get early access to 3 Haze Decoctions, which are used to restore focus.

Most stats in Salt and Sacrifice relate to the various weapons you’ll be collecting throughout the game. Strength, Dexterity, Arcana, Conviction, and Luck will all increase the damage of weapons, depending on their stat scaling. As an example, a Dexterity-scale S weapon will gain more attack per Dexterity point compared to one that’s Dexterity-scale B.

Aside from these general damage-boosting stats, the rest are:

Classes come with a set of armor and weapons (1 melee, one ranged), plus three pre-unlocked nodes in the skill tree. This gives an early boost to specific playstyles — ie daggers and dexterity for a fast hit-and-run play style — though it is eventually possible to earn equipment during gameplay.

Additionally, equipment is split into classes (not related to the classes you choose during character creation). Higher class weapons and armor will have greater benefits, but can only be equipped if you have the right nodes unlocked in the skill tree. All starting character classes come with unlocks for certain class 1 weapon or armor nodes, letting them use better gear early on. 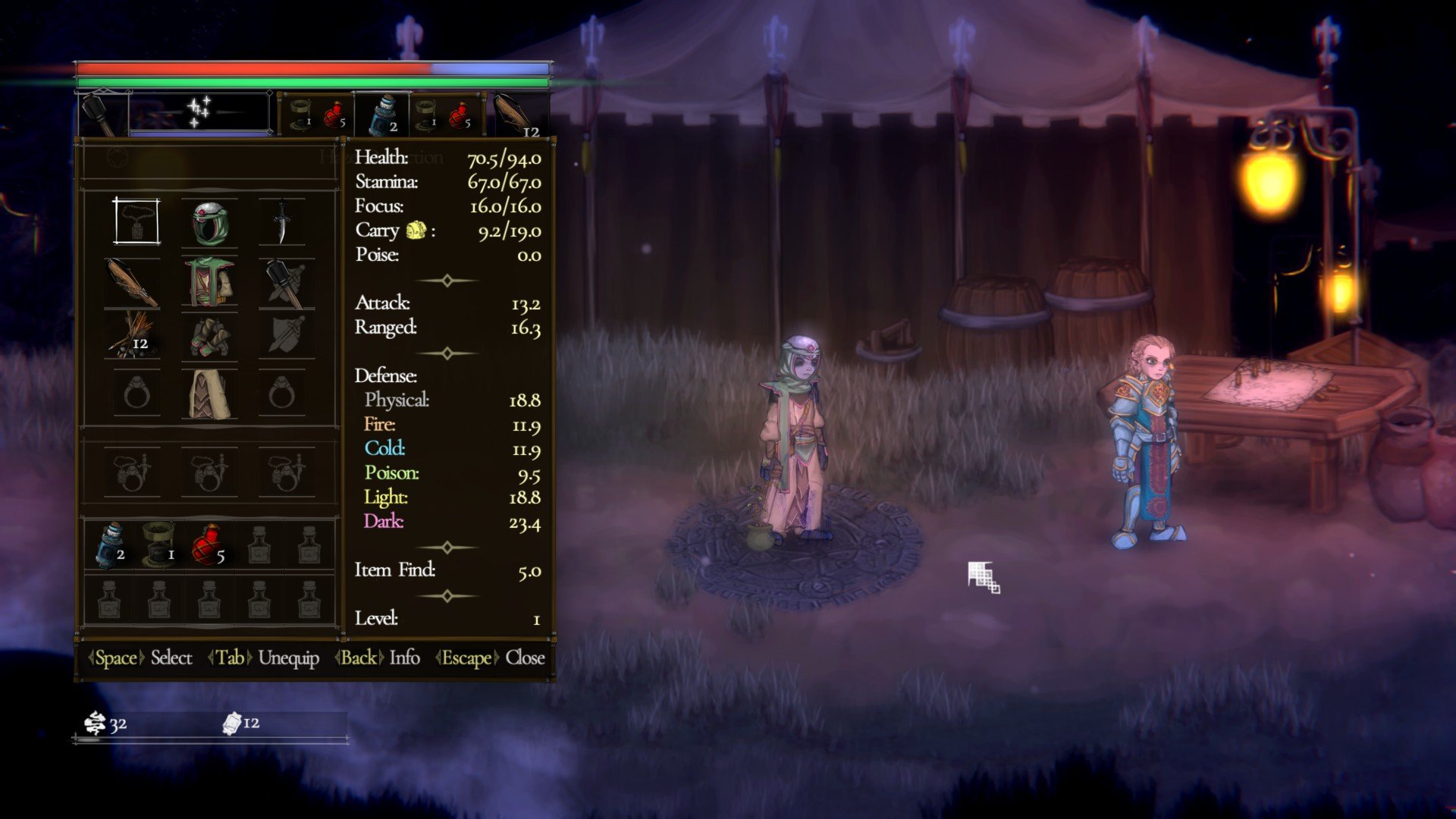 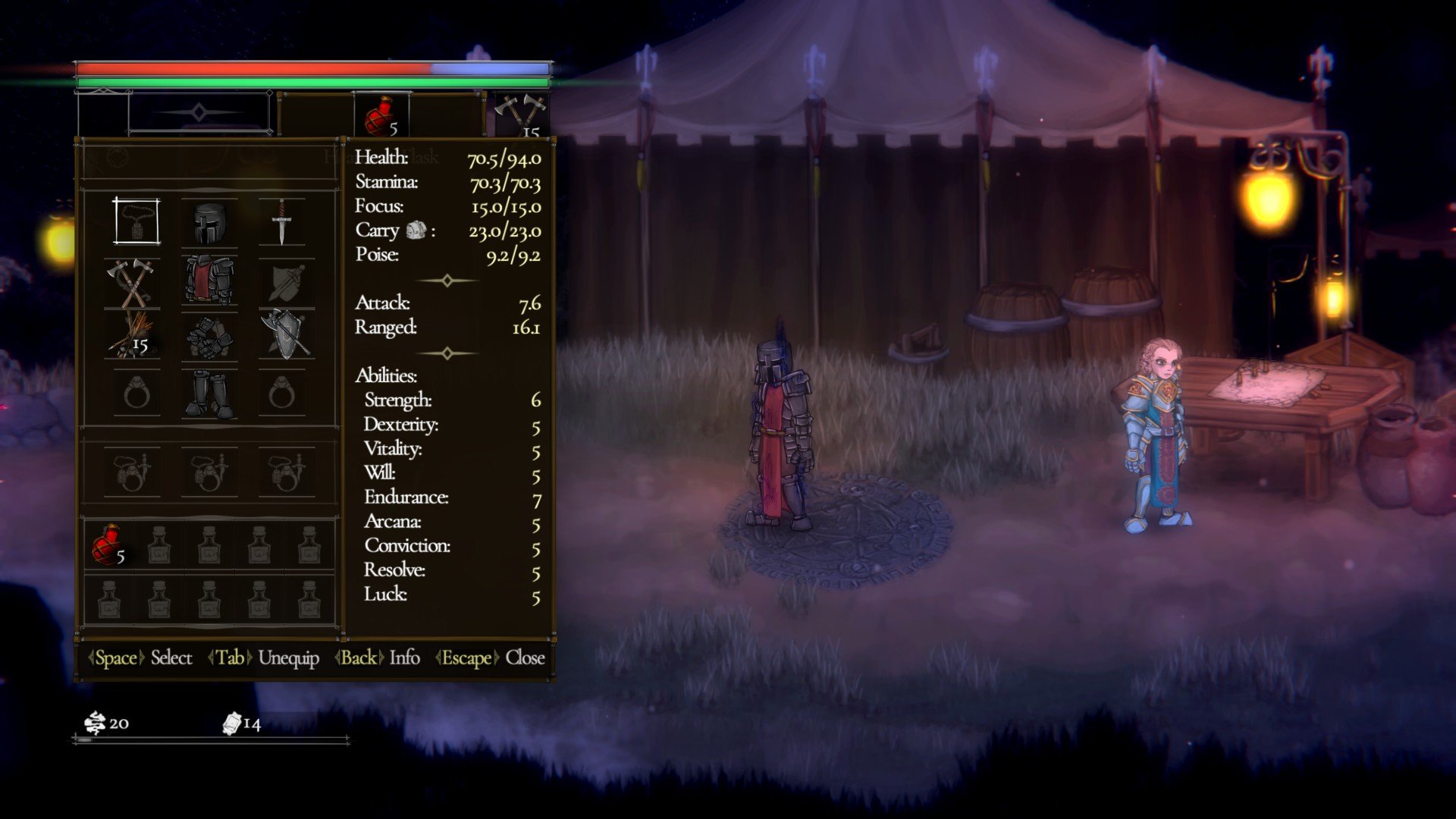 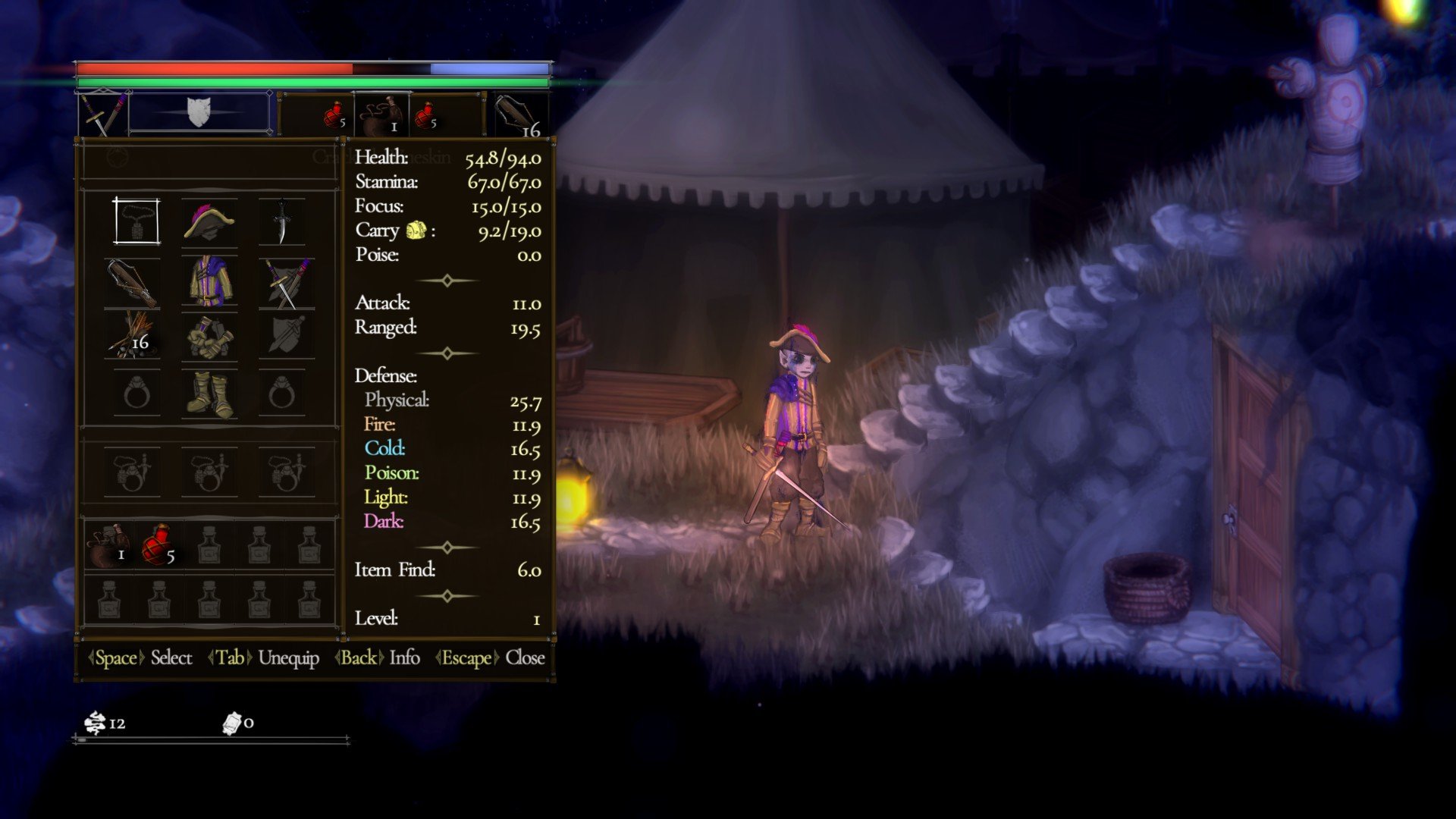 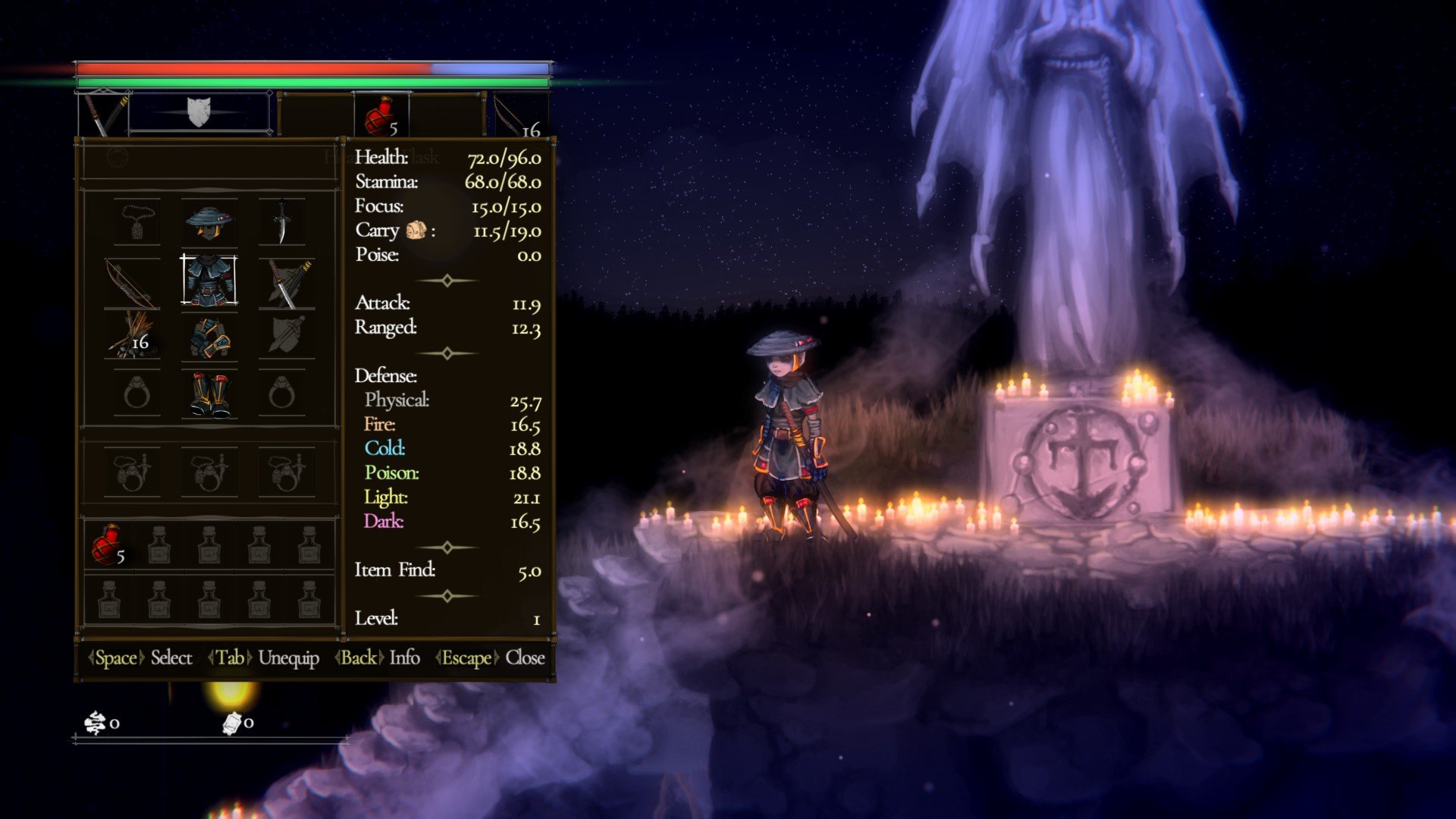 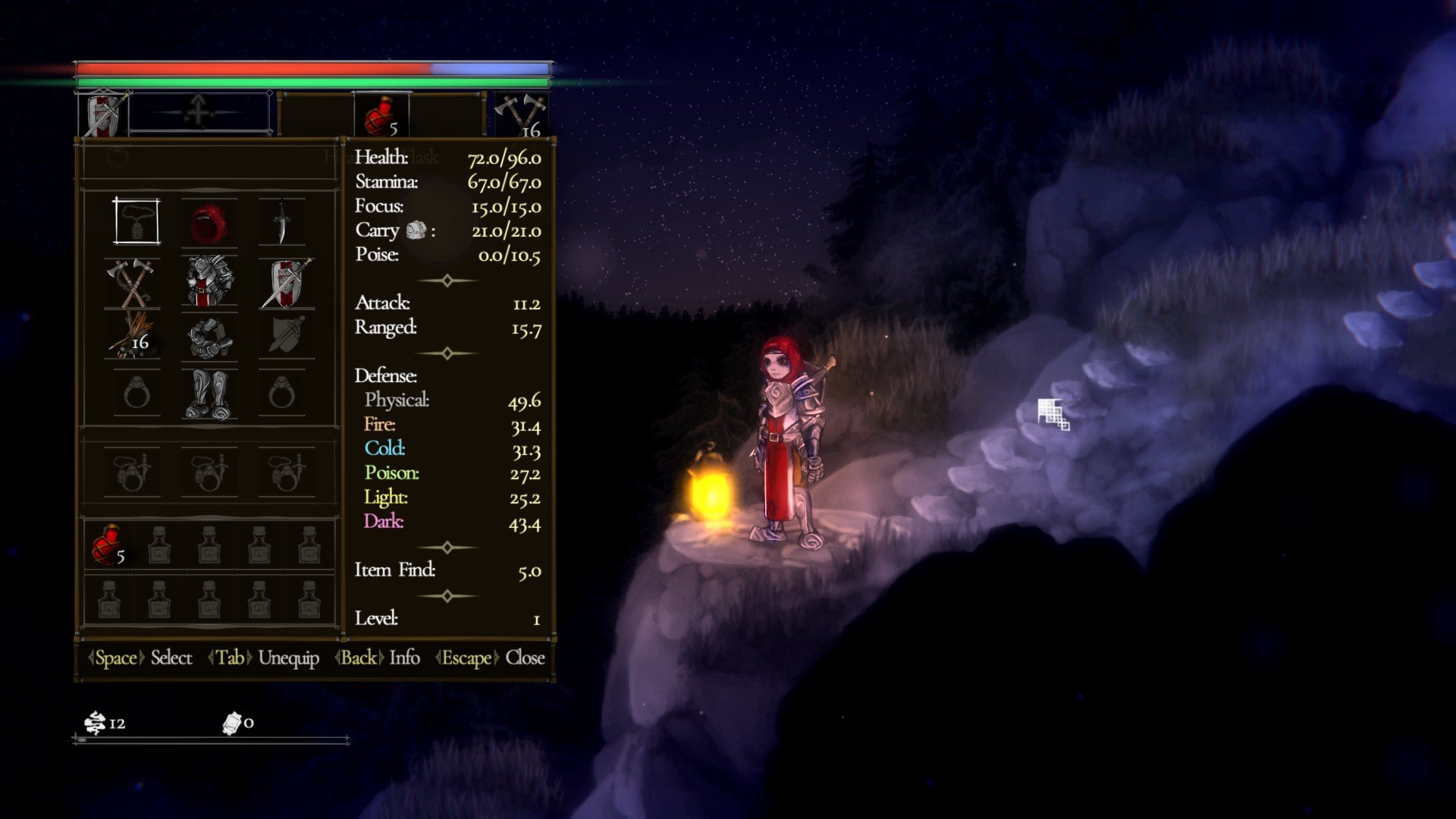 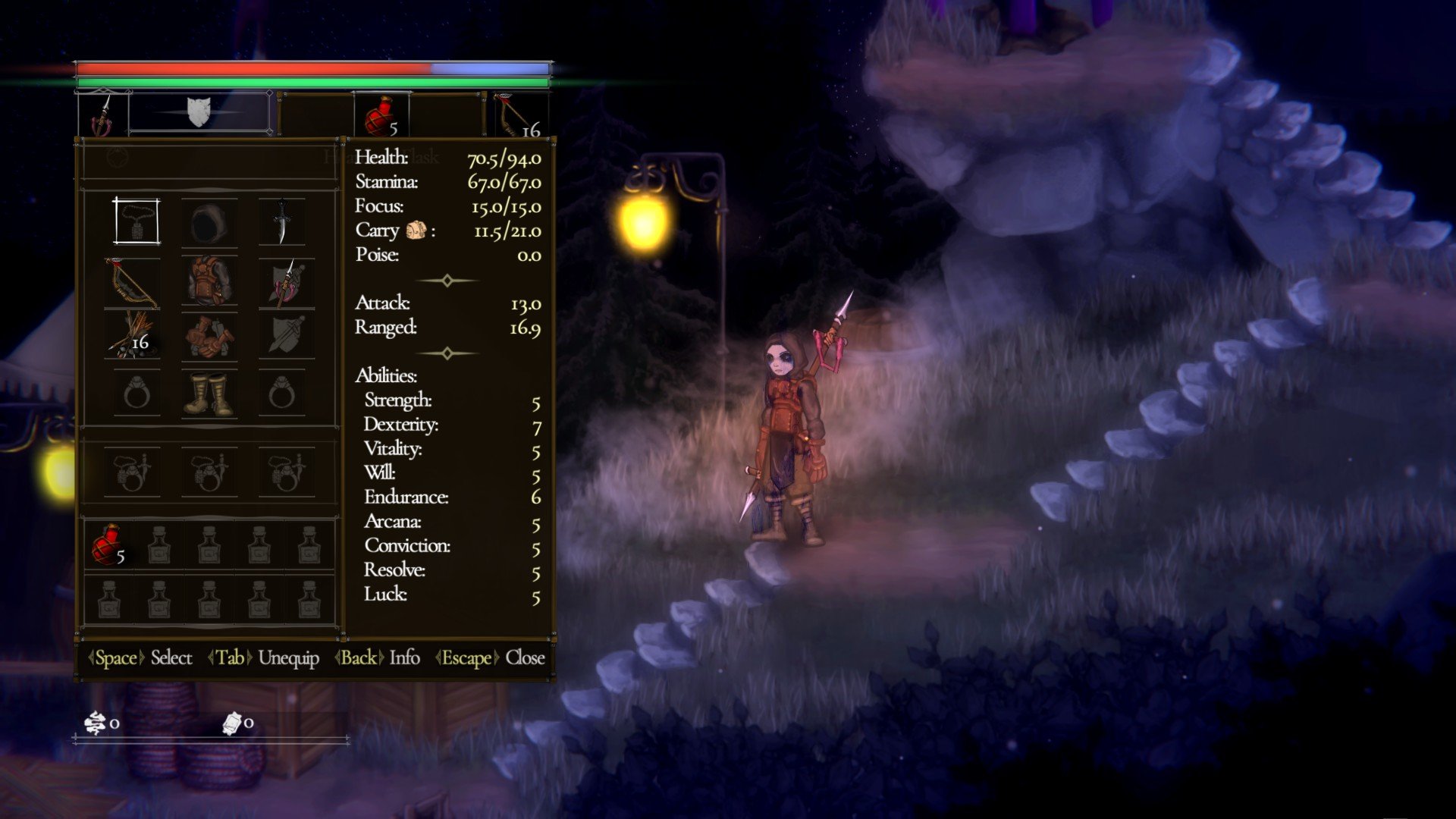 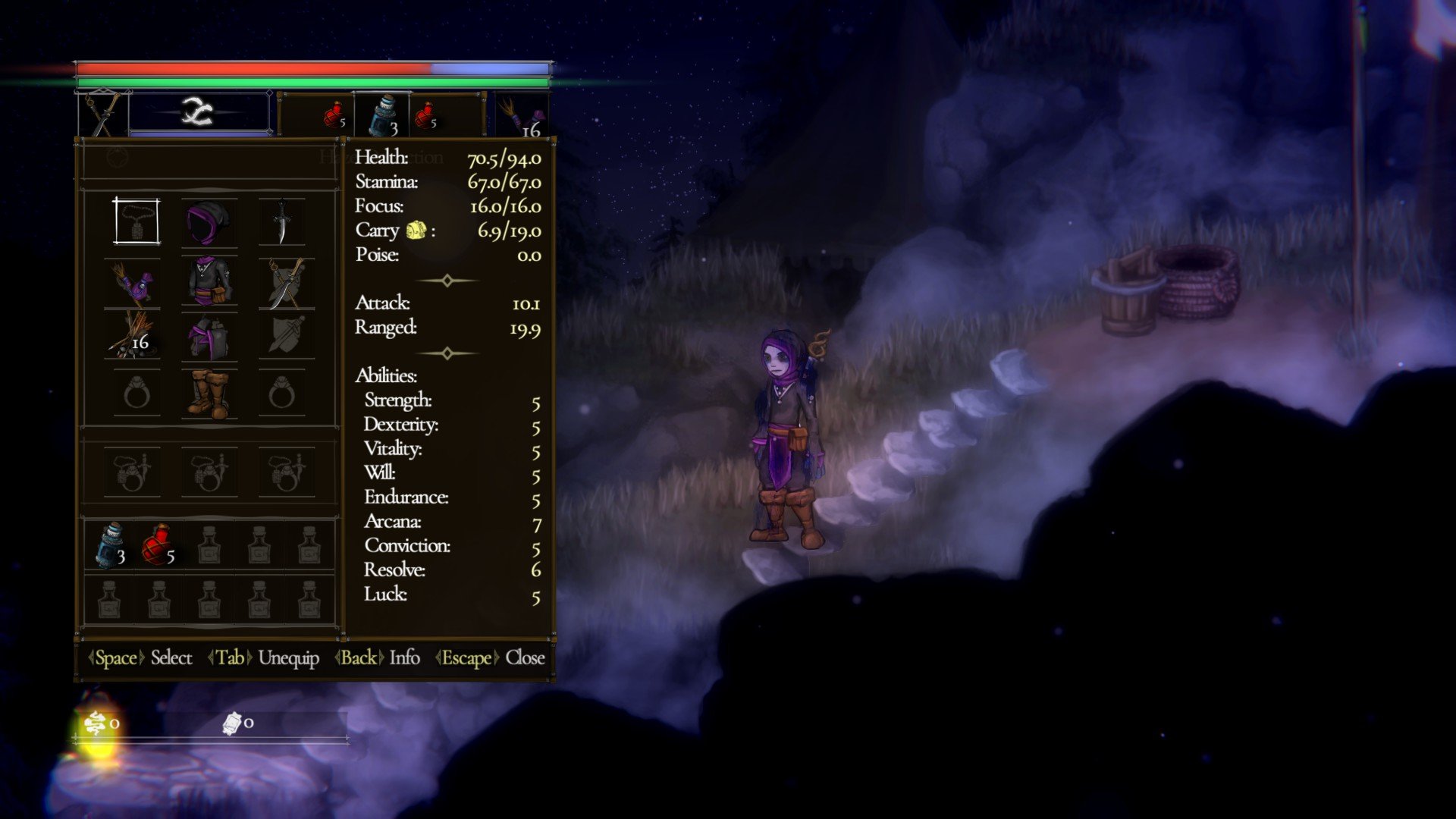 Crimes are separate from your chosen class, giving bonus starting items that can potentially be helpful in the early game. Some, however, either have no real use, or their purpose is hidden until later in the game.

That’s it for our Salt and Sacrifice Character Creation Guide. You can check out even more content and guides below!